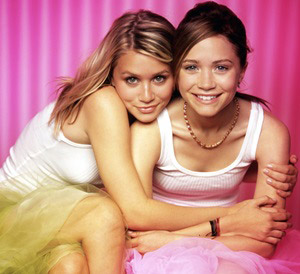 Making your way through the limelight of Hollywood is hard enough on your own – but luckily, some of Hollywood’s hottest starlets have equally famous sisters to share the spotlight with them, making celebrity a family business. After all, you can always depend on your sister for some love and support if your movie star boyfriend broke up with you at the hottest club or if you ended up on the cover of a tabloid magazine! Want to know what your favorite Hollywood sisters have been up to this past year? Get ready to catch up on your hot celebrity gossip!

Jessica and Ashlee Simpson are some of the most powerful sisters in Hollywood – and with all of the singing and acting talent that these two share, it’s no wonder that they’re constantly in the limelight. Although Jessica is busy promoting her new reality show “The Price of Beauty” and Ashlee is raising her new baby, the two always take time out to share some sisterly bonding. Just imagine how big of a hit these two would have on their hands if they collaborated on a song or a movie together!

Hollywood’s most scandalous sisters, Paris and Nicky Hilton, are conquering the fashion world together, one product launch at a time. Between Nicky’s successful handbag line and Paris’ perfume empire, there’s nothing that these two sisters can’t conquer once they have their eyes on the prize. With rumors of a clothing line collaboration starting to bubble, the world of fashion better look out for these two sister fashionistas!

Mary-Kate and Ashley Olsen are as close as sisters can be – not only are they twins, but they also head up one of the most successful name-brand empires in entertainment.  Between their DVDs, clothing, makeup and perfume, it's no wonder that these sisters are some of the highest-paid entertainers in the business; after all, they have literally been in the spotlight since birth! (These two would look great in big sister shirts for toddlers)

When your entire family is famous, it can be easy to have your family squabbles constantly in the limelight.  Luckily for Kim, Khloe and Kourtney Kardashian, these sisters have an incredibly close bond that means they're always there for each other when they need guidance and support.  With all three of them plotting to take over the modeling and acting world after the launch of their reality series (following in the footsteps of star sibling Kim), it's likely that you will be seeing the Kardashian sisters on your TV screen a lot more often!

Jaime Lynn and Britney Spears have both had their share of ups and downs – one became pregnant at the young age of sixteen while the other had a very public breakdown – yet these two sisters are a constant source of support and inspiration to each other.  Jaime is happily raising her new baby in her home state of Louisiana while Britney is currently touring with her sell-out "Circus" show.

Check out a sampling of custom cheerleader T-shirts to set your team apart from your competition.